Kashmir will never be part of Pak: Islamic scholar 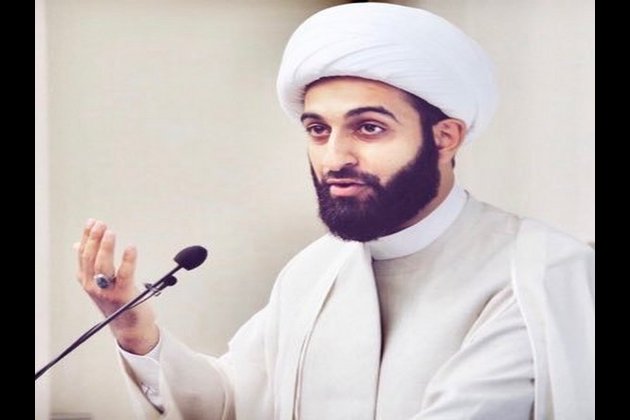 Washington DC [USA], Aug 13 (ANI): An Islamic scholar has stunned Pakistan by saying that Kashmir will never be a part of its territory.

Imam Mohammad Tawhidi, a self-described "reformist imam", made the statements after India scrapped Article 370 and Article 35A related to Jammu and Kashmir.

"Kashmir was never part of Pakistan. Kashmir will never be part of Pakistan. Both Pakistan and Kashmir belong to India. Muslims converting from Hinduism to Islam doesn't change the fact that the entire region is Hindu Land. India is older than Islam let alone Pakistan. Be honest..," he tweeted.

In one of his recent tweets, he said, "Most of my followers are genuinely good people that support me fighting the extremists while engaging in QA with me to clarify matters on religion or extremist ideologies. Then there are those ignorant and arrogant ones who cannot think positively about anything. Very sad." (ANI)

LONDON, UK - The White House has denied a claim aired in a London court this week that President Donald ...

JERUSALEM - Israeli Prime Minister Benjamin Netanyahu says Israel is having discussions about the implementation of direct flights from Tel ...

WHO declares 'progress' in fight against coronavirus

The World Health Organisation on Wednesday hailed "tremendous progress" in the fight against the deadly new coronavirus since it emerged ...

Whereabouts of concelebrating priests not established at Pell trial

Dr Chris Friel examines another of the many concerning aspects of the child sexual abuse case against Cardinal George Pell.This ...

Hub for technology-based startups to be developed in Philippines

NEW YORK, New York - U. S. stocks were solidly higher on Wednesday. The dollar too made good ground, particularly ...

MOSCOW, Russia - An international appeals court in the Netherlands has ordered Russia to pay $50 billion in compensation to ...

U.S.-India trade deal not expected during Trump visit next week

WASHINGTON, DC - President Donald Trump has signalled that a "big trade" deal might not be on the agenda during ...

The Man Who Fell to Earth

Man Who Fell to Earth