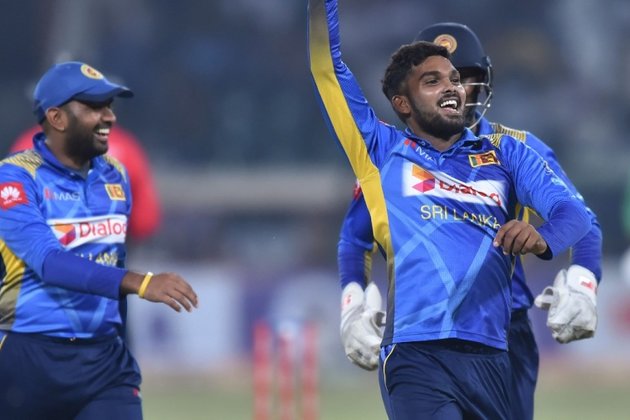 Very quietly, Shadab Khan has been having a disappointing 2019. His legspin has averaged 41.11 across 13 ODI innings this year (though his World Cup average of 35.55 was better). In T20Is, his numbers are even bleaker - his economy rate up at 9.42, and his average at 44, albeit from only four appearances. Sri Lanka is a team he had generally done well against, but several batsmen seemed to enjoy his bowling through the course of this tour, and his 1 for 35 on Saturday was modest without being terrible. In recent years, Sri Lanka haven't loved playing wristspin. If Shadab can turn his form around, Pakistan will go some way to checking the opposition's batting.

Prior to his debut, no uncapped Sri Lanka player had quite produced as much hype in the capital as Bhanuka Rajapaksa. A star at school level for one of the fanciest Colombo institutions - Royal College - Rajapaksa had been tipped by many to become one of the island's best. But in senior cricket, his record has been modest, particularly in first-class and List A matches. Despite this, he has now got the chance to showcase his wares at the top level, and in his first T20I, he produced an innings that went some way to justifying the ten-year hype. If he can back Saturday's 32 off 22 balls up with another good performance, the selectors may keep him on even when the first-choice players return to the fray.

Given Shehzad's poor innings in the first match, Fakhar Zaman may come back into the XI.

Sri Lanka will probably see no reason to change their XI.

The dew that both teams had expected did not turn up in force on Saturday. Expect Lahore to produce a similar surface.

MINNEAPOLIS, Minnesota - A white police officer in the U.S. city of Minneapolis seen kneeling on the neck of a ...

Africa, then Asia to be invaded by locusts, says United Nations

NAIROBI, Kenya, May 29 (Xinhua) -- The Horn of Africa region will experience another swarm of locust invasion in June ...

Russia's most prominent conman left wave of death and deception

This is the story of how the mastermind behind MMM, Russia's biggest financial pyramid scheme, managed to get elected to ...

BEIJING, China May 29 (Xinhua) - A spokesperson for China's Ministry of National Defense on Friday criticized a report recently ...

TEHRAN (Tasnim) - The Atomic Energy Organization of Iran (AEOI) dismissed as "a futile attempt" the U.S.' new decision to ...

HANGZHOU, May 29 (Xinhua) -- AliExpress, a global online retail marketplace and part of Alibaba Group, announced on Thursday that ...

SYDNEY, NSW, Australia - Stocks in Asia skidded on Friday, and the U.S. dollar dived, as the relationship between the ...

PHENOM PENH, Cambodia - Scientists and environmentalists are urging an international moratorium on deep-sea mining after releasing a report indicating ...

NEW YORK, New York - U.S, stocks ran out of steam on Thursday with fears about the worsening U,S.-China relationship ...