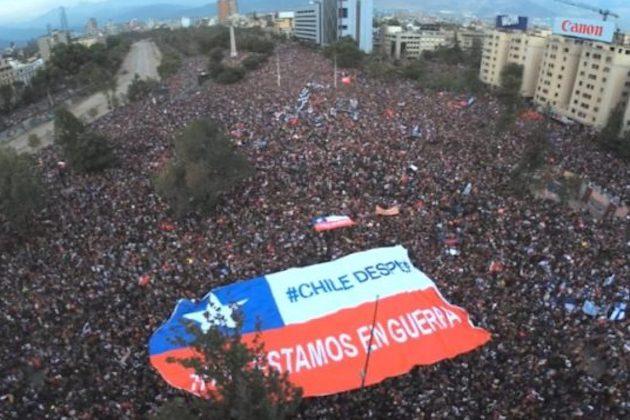 The news that Bolivian President Evo Morales is resigning amid an election fraud scandal highlights an unfortunate reality about South America. Even though the continent has made big economic strides in recent years, it's often still plagued by political and civil unrest.

But South America has also long been known for its political instability and public policy tensions.

In the past century, several South American countries faced coups, military dictatorships and social uprisings. The last few months have shown that the turmoil is hardly a thing of the past.

In addition to Venezuela, where political and economic crises have resulted in a humanitarian disaster known around the world, there has been recent turbulence elsewhere in South America.

Paraguay has been experiencing massive protests against President Mario Abdo. Paraguayans are angry about an agreement with Brazil on the Itaipu hydroelectric power plant that's considered detrimental to the smaller country.

With the government at a 69 per cent disapproval rating, the opposition has started an impeachment process against Abdo and his vice-president that's close to completion. The impeachment comes just seven years after former president Fernand Lugo was himself impeached in 2012 amid land disputes that resulted in 17 deaths.

In Peru, President Martin Vizcarra has dissolved congress in an attempt to force new parliamentary elections. His actions have resulted in several demonstrationsaround the country, including one that blocked access to a copper mine and caused production to cease.

Vizcarra was the vice-president until last year, after former president Pedro Pablo Kuczynski resigned due to a possible connection to a bribery scandal involving Brazilian construction company Odebrecht. Another Peruvian president, Alan Garca, killed himself last April when the police arrived at his home to arrest him for involvement in the same case.

Bolivia has also been experiencing a massive wave of demonstrations. The opposition did not accept the results of recent elections, which gave the victory to Morales in the first round of voting for his fourth term.

Leading the country since 2006, Morales accepted a ballot audit from the Organization of American States (OAS), which found the results of October's elections could not be validated because of "serious irregularities." He announced he was quitting for "the good of the country."

Since the election, roads were closed across the country and daily riots were routine. Santa Cruz, the richest province in Bolivia, is experiencing an ongoing general strike.

In Ecuador, President Lenin Moreno withdrew a subsidy on fuel, in place since the 1970s, due to an agreement with the International Monetary Fund (IMF). The price of fuel has since skyrocketed, provoking massive protests that paralyzed parts of the country in October.

Moreno has accused his predecessor, Rafael Correa, and Venezuelan President Nicols Maduro of being behind the demonstrations, which continued even after the return of the subsidy.

Chile, the South American country with the highest human development index and one of the highest GDPs per capita in the region, is facing the biggest wave of public turmoil since the re-democratization of the nation in 1990. The triggers were the increases in public transit fares and electricity bills at the beginning of October.

Issues relating to education, mostly private and expensive, and the pension regime are fuelling a lot of the unrest in Chile, particularly among youth and the elderly. The protests have resulted in at least 20 deaths and thousands injured amid charges of state-sanctioned violence.

Fortunately, Brazil and Argentina, the largest countries in South America, are not currently dealing with similar turmoil even though both countries recently held elections that revealed deeply divided electorates.

Regardless of the defeat and the wear caused by several corruption scandals, Brazil's left-wing partiesstill have a large number of seats in parliament as well as state governors.

In Argentina, the recent election of Alberto Fernandez has brought back the leftist party of former president Cristina Kirchner, who became vice-president. Even in defeat, former leader Mauricio Macri received 41.7 per cent of the vote, showing that, just as in Brazil, the opposition against Fernandez is strong.

The resurgent unrest in South America has some similarities from country to country.

Most started because of minor causes, like bus or subway fare increases, but pertain to broader public policy problems like corruption, access to education, health care or pensions. Economic issues have played a significant role in the widespread dissatisfaction.

The strong economic indicators of years past in South America have weakened. Many countries are now facing low GDP increases and high unemployment.

Even Chile is experiencing a decline in its economic outlook. The country is often considered the first developed Latin American nation. It is a bit early to say if the recent events could change that status.

The unrest in South America is already being compared to the Arab Spring, the wave of pro-democracy demonstrations in North Africa and Middle East.

In 2010 and 2011, the Arab Spring fuelled the fall of autocratic presidents in Egypt, Tunisia and Libya, and generated civil war in Yemen.

Although there are similarities, South American countries are largely democratic, even if some of those democracies are fragile. The most recent South American elections have seen voters swinging between left- and right-wing parties.

The following weeks will determine the impact of these collective South American backlashes. Despite the amount of natural wealth in the region, instability in South America is commonly generated by economic crises, resulting in the type of massive civilian protests we're seeing now.

SEOUL, South Korea - North Korea says the chances are low for another summit with the United States, after President ...

More than 100 nations have active force of military drones

Attack on Japanese base in 1938 carried out by Soviets, not U.S.

In 1938, the Americans took credit for an unprecedented Soviet air raid on a Japanese air force base in Taiwan ...

TEHRAN (Tasnim) - China on Wednesday defended the World Health Organization and lashed out at the US decision to withdraw ...

Bullying of International court and Bank of England laid bare

On January 9, 2020, Ambassador Karen Pierce-the United Kingdom's permanent representative to the United Nations-spoke at a meeting on the ...

NEW YORK, New York - U.S. stocks roared on Friday, shrugging off concern about the burgeoning coronavirus in the United ...

SYDNEY, Australia - Stocks in Hong Kong fell sharply on Friday, dragging the rest of the region lower as well.The ...

QUEZON CITY, Philippines (PIA) -- Despite the global economic recession brought about by the COVID-19 pandemic, the Philippine economy remains ...