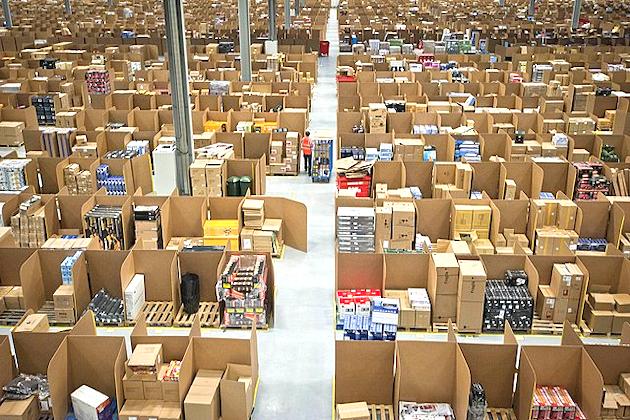 DUBLIN, Ireland: Amazon has announced it will create 500 jobs at its new distribution centre in Dublin.

Plans call for the distribution center to open in spring 2022. It will be the first Amazon center in Ireland, and promises faster deliveries for customers.

The new Amazon distribution center will occupy 630,000 square feet at Baldonnell Business Park in Dublin. Besides providing products to Irish customers, it will also serve Europe.

Additionally, Amazon will open a smaller delivery station in Dublin in the fall in Northwest Logistics Park, Ballycoolin. It will employ a staff of more than 20.

"The new state-of-the-art fulfillment center and delivery station are a further sign of our commitment to the communities in which we operate. The new teams will play a crucial role in providing faster delivery to customers across Ireland, including one-day delivery on hundreds of thousands of items," said Stefano Perego, vice-president of Amazon's fulfillment center operations in Europe, as quoted by The Irish Times.

Commenting on Amazon's plans, Tnaiste and Minister for Enterprise, Trade and Employment Leo Varadkar, said, "This, alongside the announcement of a second Dublin delivery station creating a further 20 new roles, will mean faster delivery of goods for customers all across the country and strongly underscores Amazon's continued commitment to Ireland," as reported by The Irish Times.

"It is great to see Ireland continuing to attract investment and playing such an important part in the future plans of this global company. Amazon's ongoing commitment to Ireland is most welcome," noted Martin Shanahan, chief executive of Industrial Development Agency Ireland.