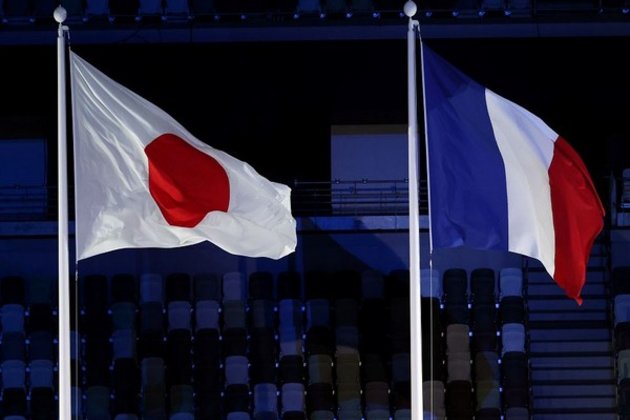 This comes at a time of China's rising maritime assertiveness and North Korea on Friday carried out what became the third launch of apparent ballistic missiles in 10 days.

The upcoming talks are expected to focus on deepening defence cooperation and enhancing the countries' security response capacity amid increasing military threats in the Indo-Pacific region, reported the news agency.

After the two-plus-two talks, both sides are expected to release documents. Notably, this is the first-of-its-kind meeting since the last session which was held in France in January 2019.

The meeting will be reportedly attended by Japanese Foreign Minister Yoshimasa Hayashi and Defense Minister Nobuo Kishi. The French side will be presented by Minister for Europe and Foreign Affairs Jean-Yves Le Drian and Minister of the Armed Forces Florence Parly.

The countries had initially intended to hold the talks at the end of 2021 but decided to postpone them due to the rapid spread of the new Omicron coronavirus strain. (ANI)

Water main break causes homes to be evacuated in Washington

BELLEVUE, Washington: Fire officials in Bellevue, Washington said two people escaped from a home that partially slid off its foundation ...

President Biden and the Democrats were highly critical of President Trump's foreign policy, so it was reasonable to expect that ...

AL-ULA, Saudi Arabia: Shedding light on the lives of the ancient inhabitants of Arabia, archaeologists from the University of Western ...

WASHINGTON D.C.: The U.S. Department of Agriculture (USDA) has said that this year's orange crop will produce a smaller yield ...

SYDNEY, NSW, Australia - Stocks in Asia fell almost across-the-board on Friday, with the biggest loser the ASX.The Australian All ...

LONDON, England: Consumer prices in the UK have risen at their fastest rate in nearly 30 years, but experts warn ...

The Day the Earth Caught Fire