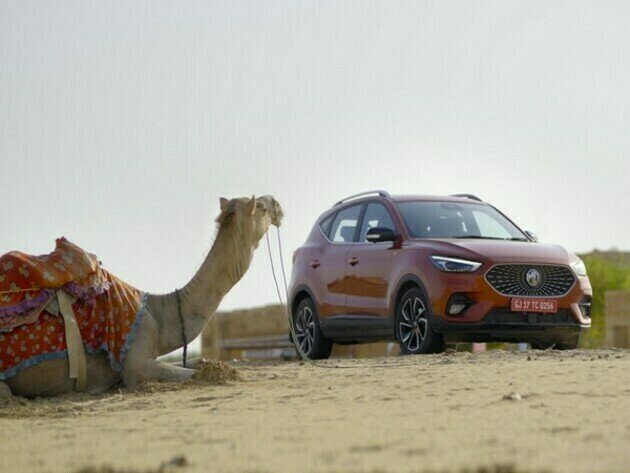 New Delhi [India], July 26 (ANI/Mediawire): For centuries, the gypsy communities of Rajasthan have survived in harsh and ever-changing conditions. What's their secret? We try to find the answers by travelling into the unknown in a MG Astor.

Some say that travel enlightens our mind and soul. Not many realise it but exploration is ingrained in humans. For time immemorial we have been doing that - be it over land, seas or now, space. The reason to for that can be for something as basic as food for survival or a bit more evolved like knowledge or experience. Whatever the reason be, going to new places is exciting and challenging and that's why when you are going into the unknown you need a partner you can rely on.

So, as I embarked on this journey to find more about what drives the original travellers of this world - the gypsies - to continue doing so even in this day and age. Having a car that would be capable of tackling distances and terrain, yet keep its occupants 'connected' to all the time, made a lot of sense. Being connected is one of the many highlights of owning a MG Astor. Equipped with Artificial Intelligence - after all I was heading into the unknown. 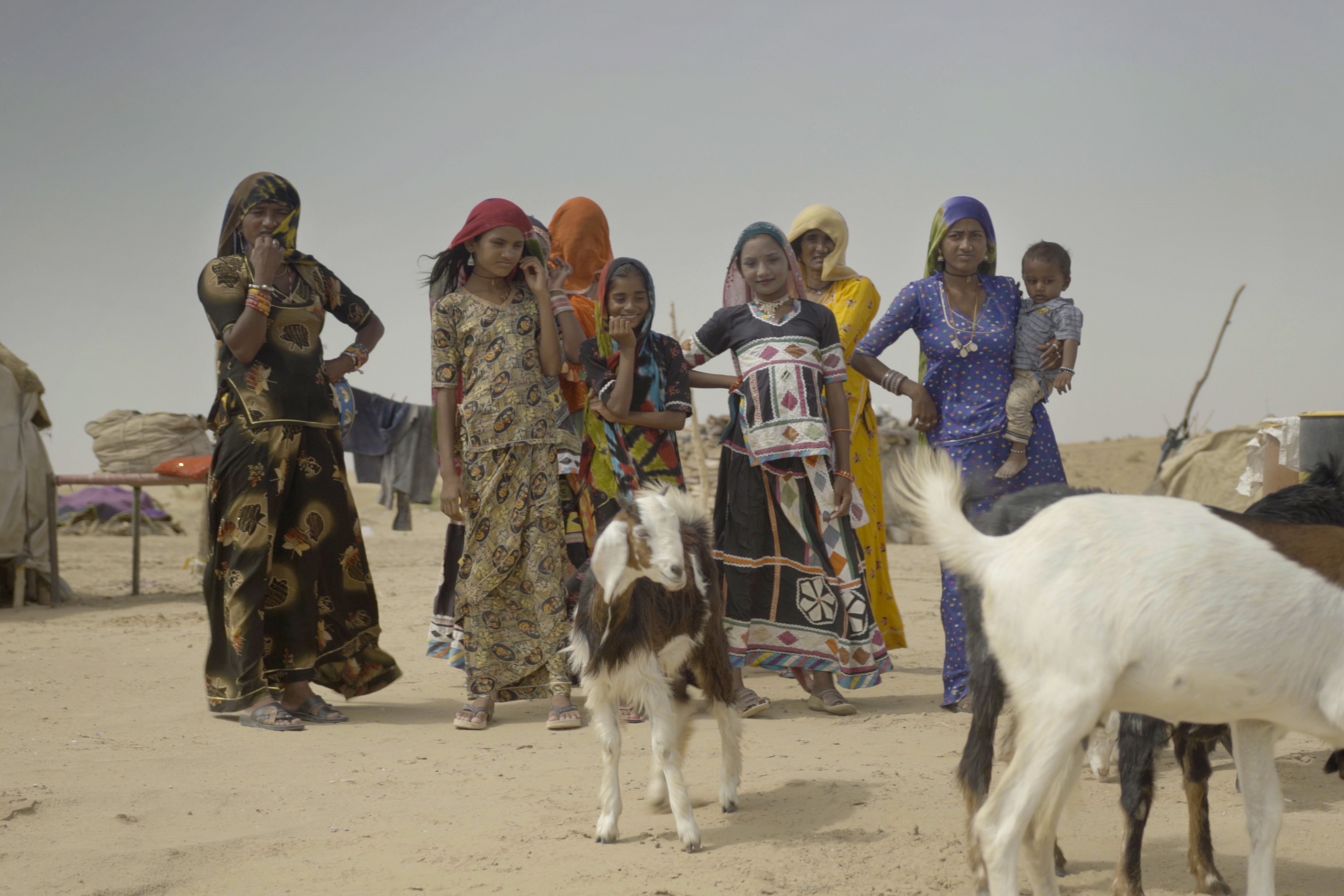 There was some human help too. Koomp Singh Rathore - a local of Jaisalmer - is someone who deals with the Rajasthan nomads regularly. We caught up with him on the outskirts of Sam sand dunes as we tried to enter the world of "jogis" a gypsy or banjara (as they call them locally) community. Employed in various menial jobs - this community of nomads aren't necessarily welcomed everywhere thanks to their no-attachment lifestyle and lack of any need to settle down as they do odd jobs from working in stone mines to guarding farms and even entertaining tourists with traditional folk songs and dance.

"Survival is very tough here in the wild," says Koomp as we look around a settlement of small huts made from locally-gathered wood and stones. "Even more tough for these banjaras. They have no stable source of income. Earlier they were just food gatherers and hunters but now they work on the fringes of cities and towns and try to make a living." 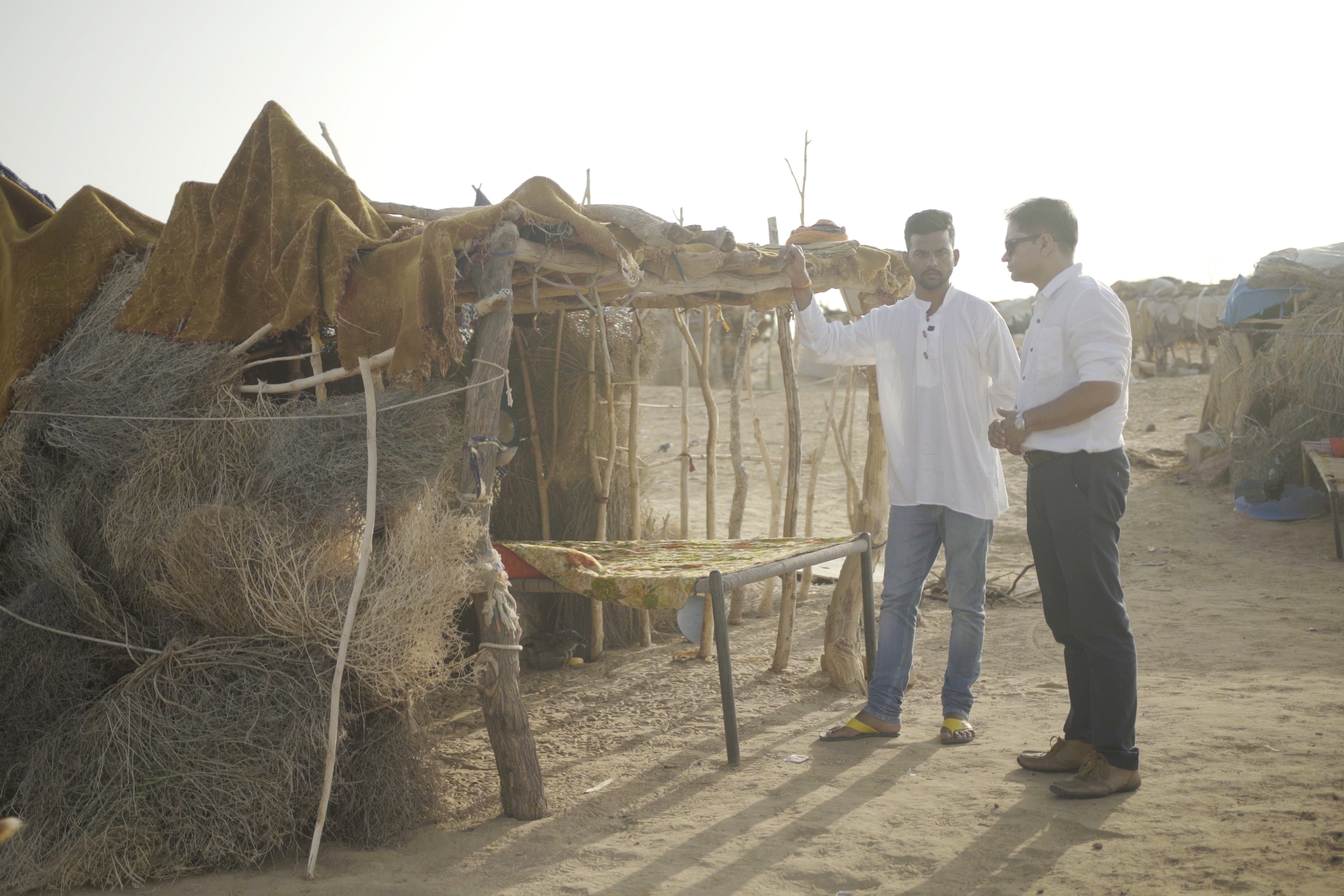 It doesn't help that forests are shrinking and hunting is nearly illegal. Off late they have been staying at places longer but the settlements still look temporary despite the fear of rains and sand storms. "That is because they are ready to move at the drop of a hat," says Koomp. "They don't like to be tied to one place. They live for the day and don't plan too much ahead. They don't know where their next meal is coming from or where they will go next."

The group we met was an "extended family" of around 30 people including men, women and children. While the men are now dressed in modern attire, the females are still in their traditional clothes. This is also because it is more practical and useful as they get employed on a day-to-day basis in the tourism industry showcasing their dance and musical talents. A few of the men too join them playing instruments such as "been" (a kind of flute) or "morchang". 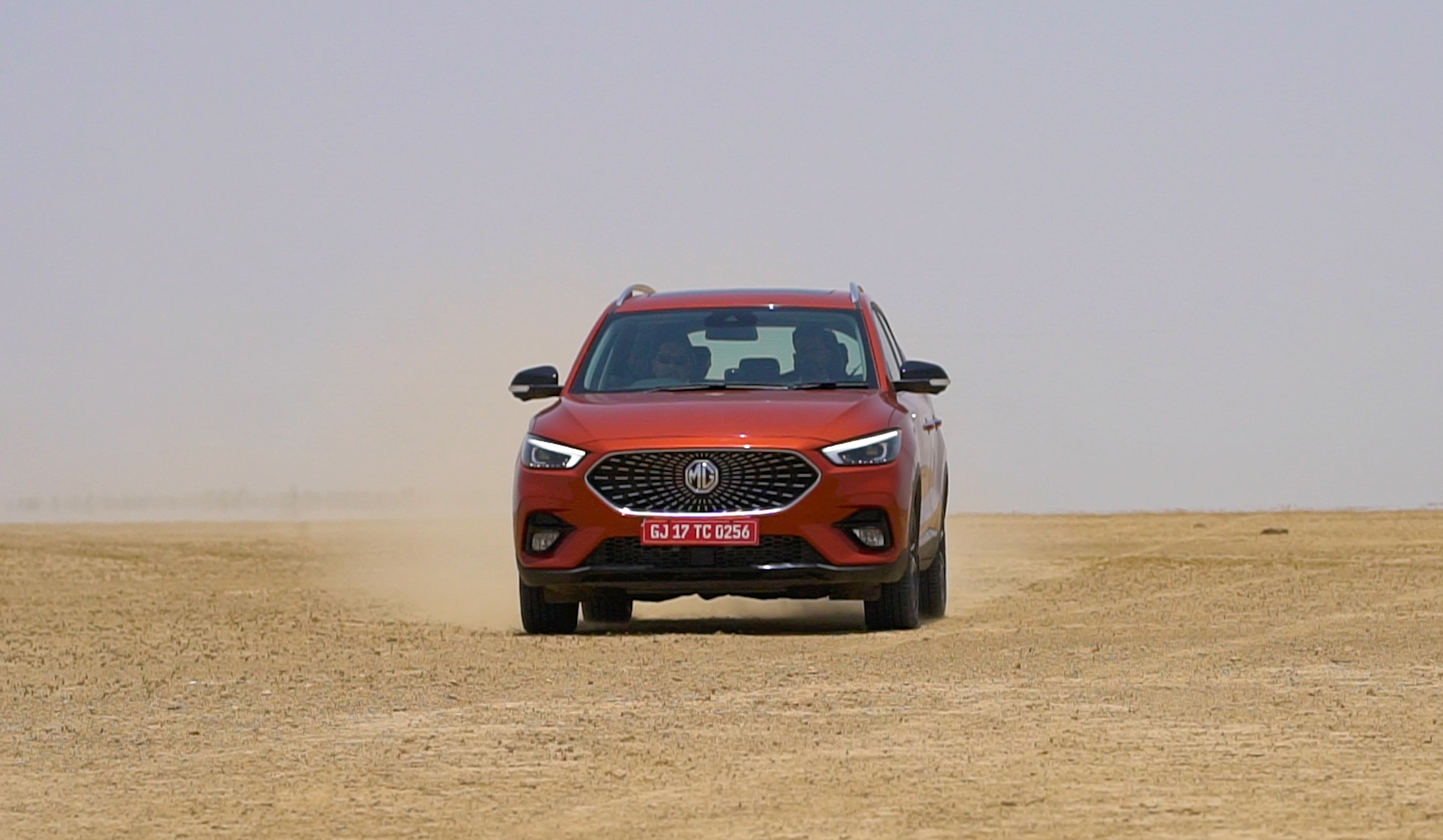 There was one thing that was quite noticeable was that those in one group stuck around loyally. For example, when we offered them some food - everything got distributed amongst the members... without any arguments.

Of course, money is welcome and so is work. Koomp mentioned how the jogis were also ready to do any sort of physical work which meant they are always lean and well built. "You can find these guys at stone mines lifting weights as heavy as 100kg. It is unimaginable for most of us," he adds in a matter-of-fact tone. But I look with amazement as the same guy also picks up his musical instrument and offers to put up a show for us who have come in the "fancy car". No way, we could have said no to that.

The wise always tell us to live for today. While it slowly dawned upon me that this was exactly what a banjara's life was about, I still wondered why go through the tough life and what is it that keeps them going? "They don't fuss over things they can control. They just keep adapting and carry on," notes Koomp, something he has seen them do on his many interactions with their kind. "It isn't an ideal situation to be in but they make the most of what comes their way." 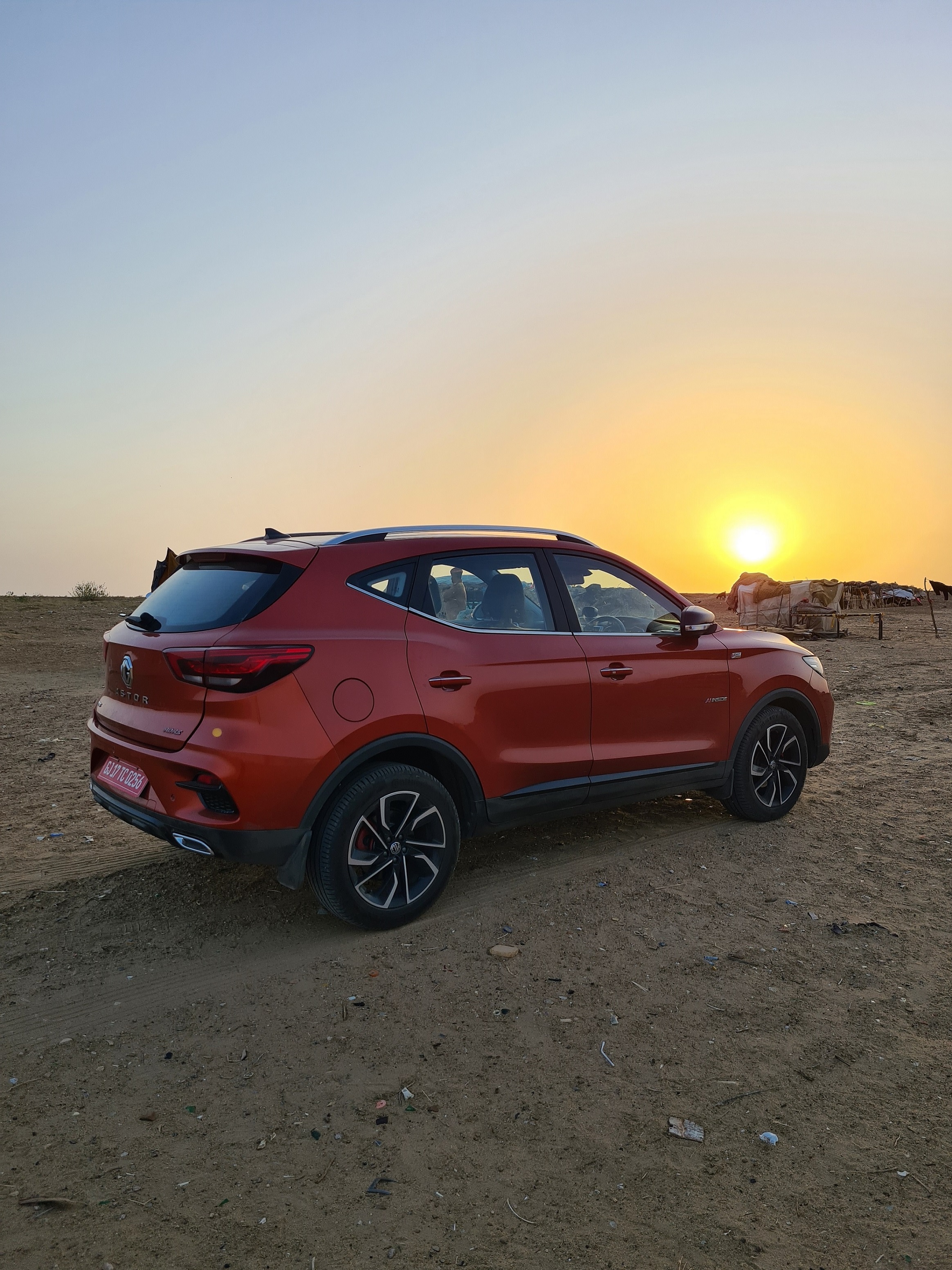 So, what a jogi is good at than most of us modern-world dwellers is the ability to adapt to its surroundings and be at home even when away from home. While I am far from that level of capaibility, a home away from home was something I could experience sitting behind the wheel of a Astor, out in the wilderness as it cocooned me from the harsh Rajasthan terrain and climate. When you are that comfortable, any place can be home.

As time passes by, everything around us will change. But a few things will remain eternal - like our urge to be free and travel far and wide, see new places, learn new things. From being in the foot to rolling on wheels, our ability to be mobile will continue to be inherent to human life. So will cars and machines like this MG Astor - bristling with tech, making this unending quest simpler.

This story is provided by Mediawire. ANI will not be responsible in any way for the content of this article. (ANI/Mediawire)