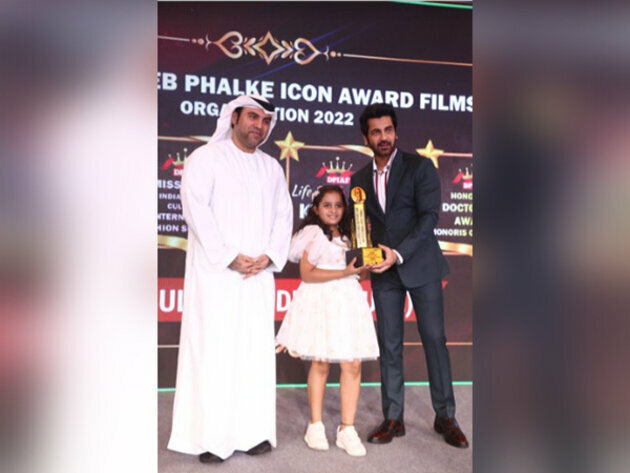 Indore (Madhya Pradesh) [India], August 2 (ANI/GPRC): The daughter of the city, Jiana Shah, who made her name proud in the country and abroad and registered her name in the world record at the age of 7, was honoured with the Dadasaheb Phalke Award in Dubai. Recently Jiana Shah was honoured with the Best Child Prodigy 2022 award at the Dadasaheb Phalke Icon Award Film Organisation 2022 held in Dubai. Gianna's father Mayank Shah told that this award was given in Dubai.

Many TV actors were present in this award show who were given the award here also during the award event it was our pleasure to meet Dr Jitendra Matlani a renowned businessman and social icon of Dubai, he is from Indore and made us all proud at international level.

Mayank Shah Jiana has registered her name in the World Book of Records London for recognizing the national flag of 195 countries but also giving important information about those countries. Jiana shah now 7 yrs old, last year at the age of 6 years broke several world records by reciting 7 details (Flag, Country, Capital, Currency, language, Continent and their famous Touristic Destination) of 195 U.N recognised countries. She also was conferred upon Hon Doctorate degree in Human Geography by American University this year and became once again the youngest to get the doctorate.

This story is provided by GPRC. ANI will not be responsible in any way for the content of this article. (ANI/GPRC)