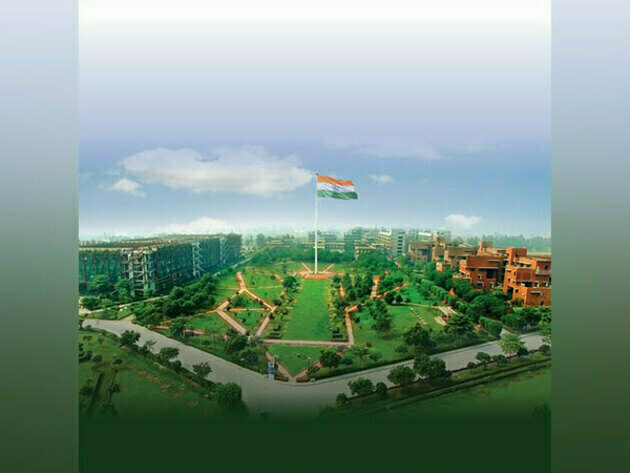 The awards were given on the occasion of the 11th Convocation of O.P. Jindal Global University, which held its largest ever congregation since the pandemic over 10,000 students, faculty members, staff, parents and other digniaties. The Convocation was led by the Founding Chancellor of JGU, Naveen Jindal and the Founding Vice Chancellor, Prof. (Dr.) C. Raj Kumar. The Convocation conferred UG, PG and doctoral degrees on over 3000 students. In addition to the award of degrees, O.P. Jindal Global University conferred the Lifetime Achievement Award and the Global Justice Media to the Chief Guest and the Guest of Honour at the Convocation.

RT Patricia Scotland QC is the sixth secretary-general of the Commonwealth of Nations. She was elected at the 2015 Commonwealth Heads of Government Meeting and took office on 1 April 2016. She is the first woman to hold the post. She was elevated to the House of Lords in 1997 and, as a British Labour Party politician, served in ministerial positions within the UK Government, most notably as the Attorney General for England and Wales and Advocate General for Northern Ireland.

The citation for the Lifetime Achievement Award and Global Justice Medal observed:

"(Dr.) Justice D.Y. Chandrachud is India's leading jurist and has the most impressive credentials obtained from some of the world's finest institutions and rich professional experience. His accomplishments have given him the most constructive orientation for social reforms which have adorned the office he has held with dignity and honour, upholding constitutional and democratic values. His championship of civil rights, gender justice, human rights, human dignity, and personal liberties is evident from his many landmark and impactful judgments which represent his commitment to social causes and assure citizens that they have good reasons to keep their faith in the judiciary. He highlighted this in his dissenting judgement in Romila Thapar v. Union of India (2018, 10 Supreme Court Cases 802) when he reassured citizens and said: "If this Court were not to stand by the principles which we have formulated, we may witness a soulful requiem to liberty". (Dr.) Justice D.Y. Chandrachud's judicial opinions have helped individuals and groups in their quest for social self-becoming with a reformist and renewalist spirit is infused in them. Conscious of the complexities of the time and the plight of the people, he has stood for the latter's redemption from social evils and never let human values be lost or fall short in upholding the virtues of kindness and compassion. He has given socially and temporally relevant meaning to the rights and liberties of people with a sense of cause and direction and continues to inspire his contemporaries, including the bar members and the bench, by being a remarkable judge and is the perfect role model for idealistic youth."

The citation for the Lifetime Achievement Award and Global Justice Medal observed:

"RT Patricia Scotland QC, is the Sixth Secretary General of the Commonwealth, nominated by Dominica, and elected in 2016, Patricia Scotland is the first woman to hold the office of Commonwealth Secretary-General and the second from the Caribbean. She is an outstanding legal expert who has held various distinguished offices in several fields - politics, law and diplomacy. Her work has graced these offices, making them important sites of decision-making and social change. In addition, she has rendered invaluable service to countless people across the Commonwealth and beyond and touched many lives and left an indelible mark in everything she has taken up. With dogged determination, striving to surmount and transform discomfiting realities, she is now tackling the world's most pressing problems, human rights violations and climate change, to mention only a few. And remains the representative and the voice of countless people who suffer from oppression in enforced silence. As Secretary General of the Commonwealth, she is tasked with caring for, supporting, and encouraging the 2.5 billion people who make up the Commonwealth across 56 nations - 34 of those nations are small and vulnerable."

As a tribute to her international role and outstanding contributions to law, diplomacy, environment and social justice, O.P. Jindal Global University bestowed its highest recognition, the Lifetime Achievement Award & Global Justice Medal on RT Patricia Scotland QC, the Sixth Secretary-General of the Commonwealth.