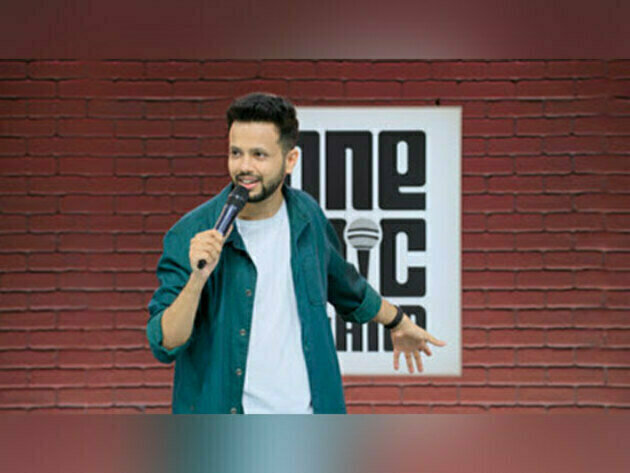 Mumbai (Maharashtra) [India], August 17 (ANI/PRNewswire): One of the country's most successfully running ensemble comedy series - Amazon Original One Mic Stand - has now been making waves beyond the Indian shores with its German respun version, becoming one of the first Indian unscripted formats to be adapted in a foreign language.

The Indian version of this one-of-its-kind show, conceptualised, created and hosted by popular comedian Sapan Verma and produced by OML Entertainment, has two hilarious seasons. Both these seasons feature five episodes each, with celebrities and personalities cutting across diverse fields mentored individually by various stars from the Indian comedy circuit for their onstage stand-up debut.

In its very first season, Amazon Original One Mic Stand had taken the social media and the digital entertainment plus comedy space by storm owing to its interesting format. However, what truly made the show unique was how each episode featured a never-seen-before combination of a stand-up comic and a celebrity guest from different walks of life - ranging from politicians, musicians, Bollywood biggies, and YouTube stars, literati and even journalists. A few well-known personalities who have made their stand-up debut with the show include Shashi Tharoor, Vishal Dadlani, Taapsee Pannu, Faye D'Souza, Karan Johar, Sunny Leone, Raftaar, and Chetan Bhagat, amongst others. Meanwhile, comics like Zakir Khan, Rohan Joshi, Sumukhi Suresh, Atul Khatri, Abish Mathew, and more are seen mentoring them along with showrunner Sapan.

The episodes cover the celebrities' journey throughout the preparation - right from the initial discussion to the writing process and even the backstage jitters - culminating in their final performance for a live audience. And now, in a bid to bring this unique show to the German audience, the German iteration of One Mic Stand has adapted to Sapan's original format, with Sapan and OML further playing an instrumental role to retain the essence of the avant-garde format.

Commenting on this, Sapan Verma, the creator and showrunner of Amazon Original One Mic Stand, said, "The show is all about exploring what prominent personalities from across various fields find funny - the situations they face daily and finding humour in it in hindsight - as well as giving audiences a chance to see them get on the stage and try something new for the first time. And I am beyond thrilled to see that the format we created has resonated and been recreated internationally. This not just puts One Mic Stand on the global map, but it goes to show how the Indian comedy scene at large has come a long way to being recognised globally! I am overwhelmed with the love and support the show has received and look forward to bringing back more of it soon!"

Rachita Arya, SVP - OTT Content, OML Entertainment, added, "OTT gives creators and writers a prolific platform to bring exceptionally unique shows and formats to their audience. Moreover, it even works to pave the way for the adaptation of more and more Indian formats internationally. One Mic Stand has the potential to be adapted in multiple languages, and facilitating the show's German adaptation was only the beginning! We are excited for the next chapter in this story!"

In keeping with the Indian version, the German edition of One Mic Stand sees comedian Teddy Teclebrhan invite five German celebrities to perform their first-ever stand-up on stage - each supported and accompanied by a comedy legend. The German adaptation, as well as both the seasons of the Indian version of the show, can be currently streamed on Amazon Prime Video.

OML Entertainment Pvt. Ltd., the artist-first content creator and talent management firm partners with creators and storytellers to develop and create content and event experiences that appeal to today's digital audience. OML plays in the intersection of creators, communities, and brands. OML was founded in 2001 as a talent management agency headquartered in Mumbai. Today, their operations span a prolific and award-winning content studio that packages and produces shows for OTT platforms, live events production and a global brand solutions business with teams in India, Russia, Poland and Thailand.