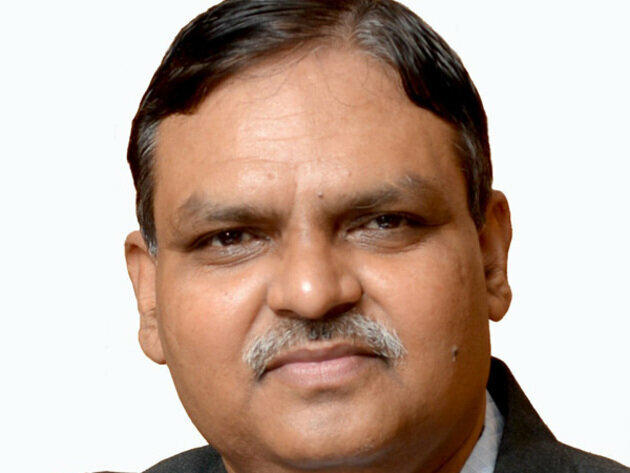 Greater Noida (Uttar Pradesh) [India], September 17 (ANI/Mediawire): The milk producer organizations pay about Rs 27,500 crore to milk producers in a decade. The Chairman of National Dairy Development Board Meenesh Shah today said that the milk procurement by milk-producing organizations, owned by farmers, is set to triple to reach a value of over Rs 18,000 crores from Rs 5575 crores now, with daily volumes going up to over 100 lakh litres.

He also assured that NDDB through its arm NDDB Dairy Services will facilitate more such organizations like what is being done on the request of Uttar Pradesh Government adding that the Chief Minister Yogi Adityanath had once again raised the subject when he came to address the IDF World Dairy Summit 2022.

After the inauguration of the 4-day long summit by Prime Minister Narendra Modi, the Chief Minister had said that not only the state would have 5 more MPCs (taking the total number to 10) but also, he is seeking support of NDDB in proper management and running of the 9 upcoming milk processing plants that he intends to make operational in a year or two.

"We will expand the milk producers' organizations in every aspiring district and request from the concerned authorities" he said adding that between the cooperatives and MPCs would cover the entire length and breadth of the nation.

"The start-up concept may have come recently but the MPCs are the real start-ups working since long," he quipped.

Shah said, about 750,000 farmers, including over 70 per cent women, have created about 20 producer owned entities (MPCs) imbibing cooperative principals in heart, mind and working and numbers are set to grow further with liberal and conducive legal framework. These entities did a business of about Rs 5,600 crore last year to be counted among the top dairy players in the country.

"Ever since inception of the first farmer's organization, the number as of now has swelled to 20. Altogether the farmer members have been paid about a staggering Rs 27,500 crore till last fiscal (2021-2022) in lieu of the milk poured by them to their respective organization," Shah said on the occasion of unveiling of value-added dairy products by the six MPCs, including four all women organizations.

Balinee from backward region of Bundelkhand, which was hailed as an example of women empowerment towards development by Adityanath is amongst those unveiling Cow Ghee to cover the markets in Uttar Pradesh and Madhya Pradesh.

They are taking forward the legacy of White revolution created by the National Dairy Development Board, which has conceptualized creation of these farmers' organization, and a wholly owned company NDDB Dairy Services (NDS) for facilitation and technical and organizational assistance," Shah said.

While 18 of these 20 farmers owned organizations have become operational and procure over 40 lakh liters of milk per day at the end of last fiscal.

These farmers have pooled in over Rs 175 crore in last ten years and have collectively over Rs 400 crore as reserves and surplus, Shah said emphasizing that government through policy mechanism and various scheme like National Dairy Plan, National Rural livelihood Mission is providing financial support to the farmers for organizing themselves - a move to achieve the national goal of doubling the farmers income in coming years.

These farmer organizations, plough back up to 85 per cent of sales proceeds to members including over 5 lakh female members thus, reflecting empowerment of women as bread earners of the family and lifting their social and economic status in the true sense of empowerment of women.

It may be worth mentioning that ownership of 12 of these 18 operational entities are fully with women members. Shreeja Milk Producer Company has the distinction of being the first and world's largest all women farmer organization at the foothills of holy Balaji temple in Tirupati. The names denoting the women centricity like Sakhi and Asha have also been adopted by such all women entities.

This story has been provided by Mediawire. ANI will not be responsible in any way for the content in this article. (ANI/Mediawire)

LONDON, England: As Britain adjusts to its first new head of state in 70 years, the government printers responsible for ...

Government of India warns students in Canada about hate crimes

NEW DELHI, India: The Indian government has advised students and other nationals in Canada to be wary of "incidents of ...

MATERA, Italy: In off-the-cuff remarks on September 26, Pope Francis urged Italians to have more children. While in southern Italy ...

40,000 Chinese workers to be deported as Manila ends online gaming

MANILA, Philippines: The justice ministry in Manila said it will close 175 Chinese-owned "Philippine offshore gambling operators" and deport some ...

"Many Asian countries, especially Malaysia and Indonesia, show great interest in our defense industry products. Agreements are being signed," Turkish ...