Will the new meme coin Rocketize Token succeed like Dogecoin? 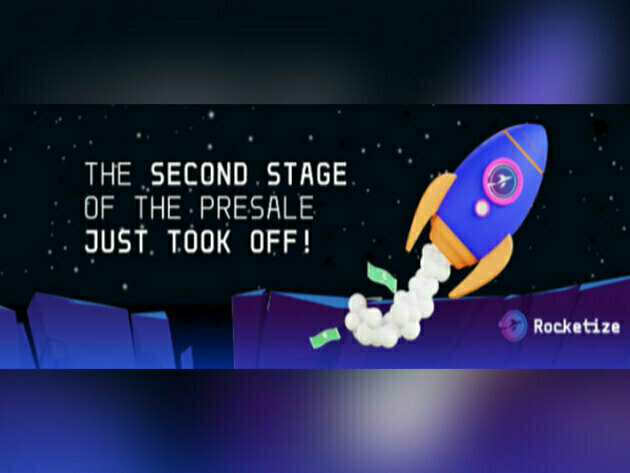 However, with many new cryptos entering the crypto space daily, the upcoming cryptocurrency project will have to contend with stiff competition. The qualities of Rocketize Token can help it replicate the success of Dogecoin (DOGE), the king of meme tokens, whereas some have failed.

Rocketize Token (JATO) is an open-source, community-driven project to launch between Q3 and Q4 2023. The platform seeks to utilise non-traditional incentive structures in both Decentralised Finance (DeFi) and Decentralised Autonomous Organisation (DAO) to reshape society's efforts to reach more cooperative and financial goals.

JATO, the platform's native meme token, is a deflationary coin built on the BEP-20 standard that runs on the Binance Smart Chain. The crypto token will drive a community of users known as "Atomic Nation", leveraging teamwork to make the meme token work. The community will be the most powerful and effective facet of the Rocketize ecosystem.

Rocketize Token will strategically leverage the potential of its community as a diverse and continuously expanding talent pool. It will do this by utilising decentralised governance and tools, which gives token holders more control over their finances and decisions within its DAO.

JATO will be involved in producing memes, graphics, animation, videos, podcasts, and other forms of creative and educational content. It will also be used to organise special events, raids, and open forums such as voice chats, AMAs, Twitter Spaces, and more.

For the initial coin supply, one trillion tokens will be minted. Every JATO transaction is subject to a 2 per cent tax on its total, with 1 per cent shared among wallet holders. The remaining portion of the tax will be burned, helping to increase the token's value in the long term.

Early buyers will be given a 15 per cent bonus for any amount of token bought with Binance Coin (BNB), 10 per cent with Bitcoin (BTC), 8 per cent with Ethereum (ETH), and more.

Dogecoin's entry into the cryptocurrency market in 2013 was a pivotal defining moment in the evolution of meme tokens. However, its rise to prominence took a while but eventually happened.

At the time of writing, DOGE is the most significant meme token and the 10th largest cryptocurrency by market capitalisation, according to CoinMarketCap.

To get to where it is today, DOGE combined the fun that comes with memes with the profitability of cryptocurrencies to drive a meme token that is used and traded by millions across the globe today. The coin is an open-source, peer-to-peer (P2P) digital currency favoured by Shiba Inus worldwide.

DOGE is a fully decentralised cryptocurrency, meaning intermediaries or third parties do not control it. Every token holder participates in the token's governance, making the DOGE ecosystem governed by rules agreed upon by community consensus.

Like most meme tokens, the coin has no real-world use case. However, it relies on its large and active userbase to create profitability. It has a large community of users on platforms like Twitter, Reddit, and Discord, where it serves as a tipping system to reward content creators and sharers.

To succeed in the market, a new crypto project must have something appealing to crypto enthusiasts. With the meme token ecosystem growing exponentially with new additions, DOGE could be presented with intense competition.

Notwithstanding, the new cryptocurrency Rocketize Token (JATO) has a lot of potential to become successful like DOGE, and it is only a matter of time before we see if it can do so. To learn more about the project, use the links below.