There are enormous opportunities that the Indian Creative Sector provides for expansion and leaving a global footprint of the country," says Justice Prathiba M Singh, Judge, Delhi High Court 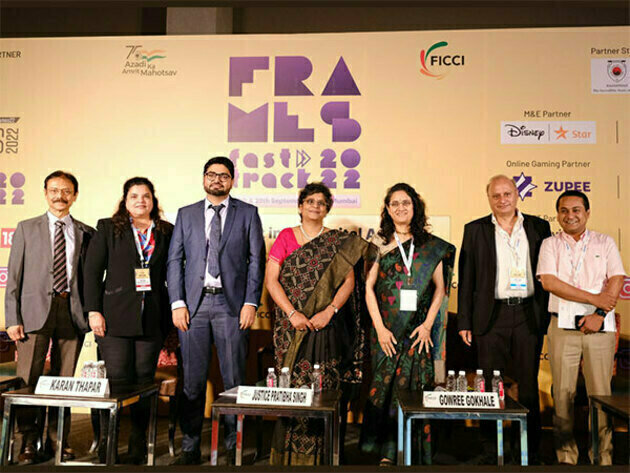 While addressing the low turnover of the Indian movie industry as compared to other countries, she highlighted that USA produced less than half the number of films and generated 8 times more box office revenue while China produced almost half the films, yet the box office collections was nearly 7 times of India.

Similarly, in the Indian music industry, she highlighted that the Indian music consumption was above the global average and close to that of US and the UK, but revenue generated by India was 65 times lesser than that of the USA and 1/5th of the UK.

Sharing her insights on the Indian arts and painting industry, she said that while a combined 8 per cent of the 'world's wealth spent on treasure', consists of spends on fine art paintings, pictures, and sculptures; only 0.02 per cent of the Indian wealth is spent on arts. She highlighted that India's visual art market was valued around USD 0.17 billion in 2017 and the visual art sector was prone to forgeries with an estimated USD 1 million worth of forged art traded in India every year.

Karan Thapar, Deputy Secretary, DPIIT, Ministry of Commerce and Industry, spoke about the Government's initiative towards protecting the rights of the creative industry stakeholders. He said that the government while being committed towards strengthening of IP laws, was also focused on the sensitization and awareness about IP among enforcement agencies and the judiciary.

The session was done in partnership with Creative First and Motion Picture Association.