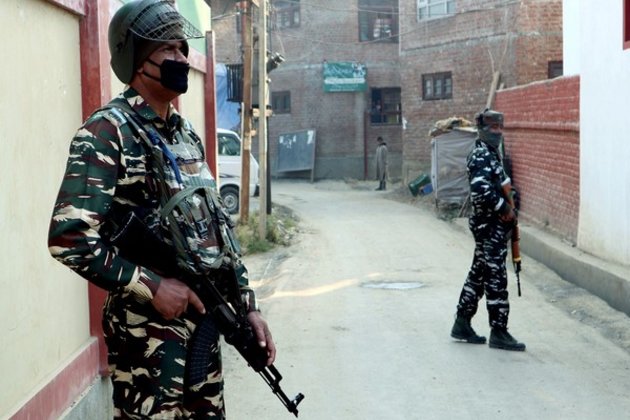 Kashmir (Jammu and Kashmir) [India], October 7 (ANI): The State Investigation Agency (SIA) of Jammu and Kashmir on Friday said that Pakistani masterminds, who with the support of Pakistani intelligence agencies and proscribed terrorist outfits, are hatching a conspiracy to carry out terror activities in Jammu and Kashmir have been "comprehensively identified" in raids conducted at multiple locations across south Kashmir in a terror-related case.

The raids were conducted today at multiple locations across south Kashmir in a terror-related case and recovered incriminating material, mobile phones and other articles.

In a statement, SIA said, "Continuing to rein in the networks of terror outfits with the purpose of destroying its ecosystems completely, State Investigation Agency, Kashmir today conducted searches at multiple locations across South Kashmir. House premises of suspects in Anantnag, Awantipora, Pulwama, Kulgam and Shopian were searched."The raids were conducted in compliance to a search warrant obtained from the Court of Special Judge, designated under NIA Act (TADA/POTA) Srinagar in connection with an investigation of case under Sections 13, 18, 19, 38, 39, 40 UA(P) Act read with 120-B, 121 of Indian Penal Code (IPC) registered in Police Station CIK (SIA) Kashmir.

The case pertains to a terrorist grid active in Valley.

"Details that are being investigated into at the initial stage include masterminds in Pakistan who with the active support of Pakistani intelligence agencies and in connivance with a proscribed terrorist organization(s) like Jaish-e-Mohammed (JeM), Lashkar-e-Taiba (LeT) and its offshoot TRF based in Pakistan have been activating their over ground workers (OGWs) in Jammu and Kashmir for initiating, organizing and executing terror activities in Jammu and Kashmir. The Pakistani masterminds have been comprehensively identified. Their particulars, however, are being kept confidential because other agents connected with them are not alerted," the SIA said.

During the searches, incriminating material, mobile phones and other articles having bearing on the investigation were recovered and seized.

"Analysis of the data would follow and leads that would emerge would become the basis for further investigation. It is pertinent to mention here that the searches are aimed at dismantling the terror ecosystem in the valley by identifying over-ground workers supporting and abetting terrorism," the SIA added. (ANI)

DALLAS, Texas: Oil and gas pipeline operators are preparing to stockpile equipment following severe weather forecasts for the next few ...

TikTok CEO to appear before US Congress to discuss security concerns

WASHINGTON D.C.: As US lawmakers investigate the Chinese-owned video-sharing app TikTok, its Chief Executive, Shou Zi Chew, has confirmed that ...

TEHRAN, Iran: A gunman this week stormed the Azerbaijan Embassy in the Iranian capital, Tehran, and killed its security chief ...

To boost tourist spending, Philippines to refund VAT starting in 2024

MANILA, Philippines: In an effort to attract more tourists, President Ferdinand Marcos has approved a value-added tax refund program for ...

Concerns about recession in Germany after economy shrinks in Q4

FRANKFURT, Germany: Data released this week showed that the German economy unexpectedly shrank in the fourth quarter of 2022, indicating ...

TOKYO, Japan: In a statement posted on the website of the Chinese Embassy in Tokyo, Beijing announced that it will ...

WASHINGTON D.C.: In the latest indication that its interest rate hikes are slowing the US economy, the Federal Reserve's main ...