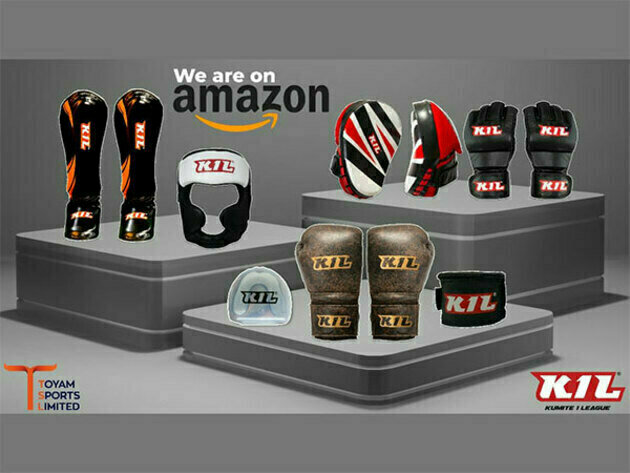 The K1L gears were launched recently, preceding the launch of its reality show ('Kumite 1 Warrior Hunt') by the end of November/December 2022. The launch of sports merchandise would provide existing and aspiring MMA athletes a chance to access most genuine MMA accessories under one roof.

TSL's launch of accessories seeks inspiration from the feedback it received from several MMA athletes, ranked as well as aspiring, about the difficulties faced in procuring quality products in India compared those available overseas. To help overcome this issue, TSL intends launching specific sports accessories which would be at par with global standards, under strict quality control.

There is a huge demand for sports accessories in India, specifically designed to help fighters train and fight combat sports like MMA. TSLs range of MMA accessories will be made available through its new upcoming store on Amazon, Flipkart etc as well as offline distribution network soon to be set up.

Commenting on the development, Mohamedali Budhwani (CMD - TSL) said "Sports merchandise is a multi-billion-dollar industry and is a natural and logical extension to the work we have been doing in MMA so far. We have our ears on the ground and actively seek feedback on issues related to MMA, hoping to address as many of them as possible. Prominent amongst them, from both professional as well as aspiring MMA athletes, was the lack of availability of quality gear to practise the sport. This inspired us to work towards filling the void. Our products would be in line with global standards, launched at price points which would be affordable to every strata of society. While our merchandise launch currently targets MMA athletes, we aim to launch (at some point in time) athletic leisure wear; to cater to gym and track & field enthusiasts as well. We intend to launch the complete range of products to give a fulfilling experience for sports enthusiasts. This would only go to complement our core activity of promoting a variety of sports and creating a huge fan base thru our properties (Kumite 1 Warrior Hunt, Cricket leagues etc)."

"K1L is a well-respected brand, amongst combat sports lovers, and is known for the range of work it does to promote the sport at the grass root levels. We aspire to earn the same customer loyalty and respect for the range of sports accessories that we have already launched as well as in those targeted to be launched. Other than accessories, we are also working on launching a range of Nutraceutical as well as wellness essential products, over a period of time."

This story has been provided by PNN. ANI will not be responsible in any way for the content of this article. (ANI/PNN)