PJ Motion Pictures and Madhur Bhandarkar's 'India Lockdown' trailer receives an overwhelming response, to be released on Zee5 in December 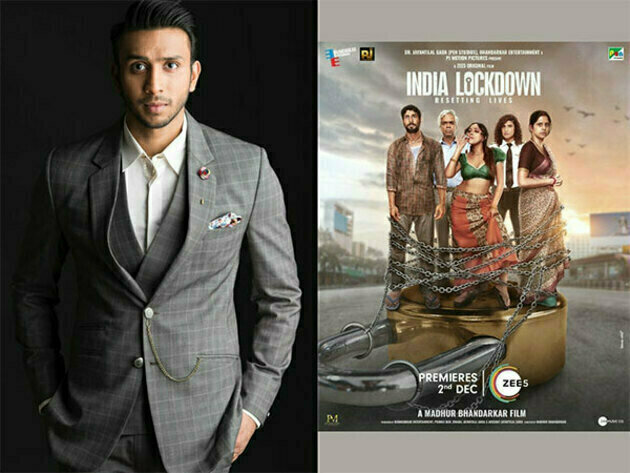 The four stories interwoven together revolve around an elderly father desperate to reach his pregnant daughter, a grounded pilot stuck at home, a feisty, out-of-work sex worker and a migrant couple walking home to their village. The film brings out the trauma and trails of the common people during the first lockdown following the Covid-19 pandemic.

"The film chronicles the first 30-40 days after the country's first lockdown was declared in an attempt to break the chain of transmission and stop the deadly Coronavirus." The movie was filmed in February and March of 2021, right before the deadly Delta wave hit.

India Lockdown, starring Prateik Babber, Sai Tamhankar, Shweta Basu Prasad, Aahana Kumra, Satvik Bhatia and Prakash Belawadi, will have its gala premiere on November 21st at the International Film Festival of India in Goa. The film will thereafter be released on Zee5's OTT platform on December 2.

"It's an honour to have been chosen for IFFI." "I can't wait for people to see our film after the excitement generated by the trailer," says Pranav Jain.

US: reject cable to Cuba to connect voice, internet

WASHINGTON D.C.: A U.S. government committee has urged the Federal Communications Commission (FCC) to deny an application to connect Cuba ...

LONDON, England: Richard Griffiths, chief executive of the British Poultry Council, said nearly half of all turkeys and geese in ...

The country has been gripped by violent protests after the death of a woman who allegedly wore an "improper" hijab ...

AUSTIN, Texas: Elon Musk has said that he expects a wireless brain chip developed by his company, Neuralink, to begin ...

In major break from past, Egypt to build 21 desalination plants

CAIRO, Egypt: Ayman Soliman, CEO of Egypt's Sovereign Fund, said as part of the first $3 billion phase of a ...

WASHINGTON D.C.: According to trial data contained in a report presented this week, an experimental Alzheimer's drug from Eisai and ...

2022 will see historic high farm incomes in US

WASHINGTON D.C.: The U.S. Department of Agriculture reported that as producers are benefitting from high global grain and oilseed demand ...

NEW YORK CITY, New York: Pfizer is set to invest more than $2.5 billion in its drug manufacturing operations in ...

NEW YORK CITY, New York: The infant formula shortage that has persisted in the U.S. for nearly a year, is ...